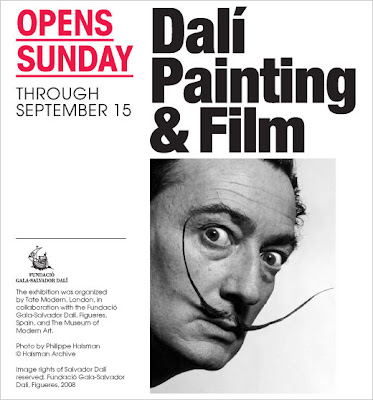 Beginning June 29th, the Moma will be bringing together more than 100 major paintings, photographs, drawings and films to explore the central role of cinema in Dali's work as both inspiration and an outlet for experimentation. His collaborations have included film bigwigs, Luis Bunuel, Walt Disney (who knew ???), Alfred Hitchcock, and the Marx Brothers. Go check it out. One can never have enough surrealism in one's life...and one certainly can never be exposed to Salvatore Dali's work enough. Just when you think you know everything about him, something new surfaces. Good times.