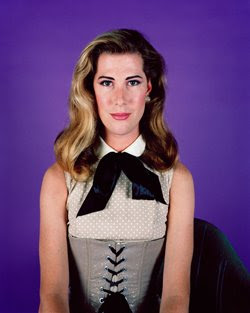 Since the early 1990s, Catherine Opie has produced a complex body of photographic work, creating series of images that explore notions of communal, sexual, and cultural identity. From her early portraits of queer subcultures to her expansive urban landscapes, Opie has offered profound insights into the conditions in which communities form and the terms in which they are defined. All the while she has maintained a strict formal rigor, working in lush and provocative color as well as richly toned black and white. Influenced by social documentary photographers such as Walker Evans, Dorothea Lange, and August Sander, Opie underscores and elevates the poignant yet unsettling veracity of her subjects.

This exhibition is supported by The Robert Mapplethorpe Foundation, Inc.